Malaysia PM Mahathir to Civil Servants: Don't Break the Law, Even For me

Home Insurance To Suit You | Legal & General
KUALA LUMPUR: In his first address to civil servants, Malaysia's new Prime Minister Mahathir Mohamad asked for their "undivided cooperation" but told them not to bow to pressure to do anything illegal.

"Before we had no more than RM300 billion (US$75.5 billion) debt but now it's more than a trillion ringgit," he said, during a speech to the staff of the Prime Minister's Department at Dataran Putra in Putrajaya on Monday (May 21). 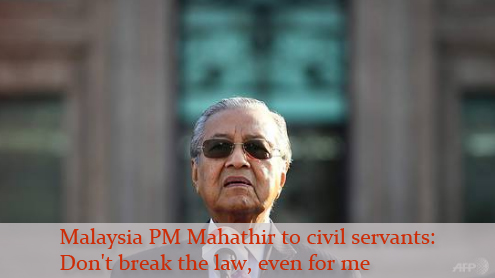 "I hope that I get your undivided cooperation in what I do as prime minister as long as what I'm doing is not against the principles or the laws of the nation."

Dr Mahathir told the civil servants - who are now working under a new coalition for the first time since the country's independence - that separation of power needed to be reserved in order to ensure there was no "misappropriation". 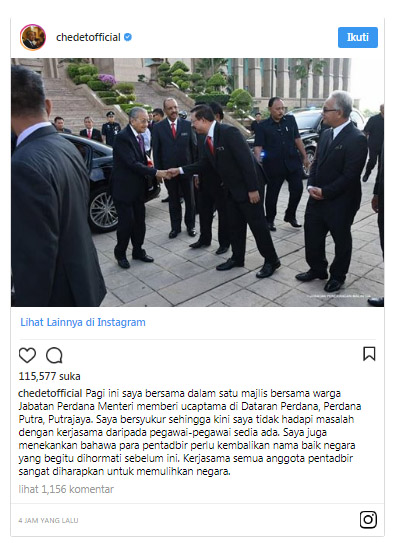 "We see in recent years, the administration did not have the power to acknowledge or go against what they were told," he said.

Great Deals On Home Insurance | Cornmarket We Protect Homes‎
Dr Mahathir did not name anyone, but former prime minister Najib Razak is currently being investigated by authorities over allegations that funds were misappropriated from state investment firm 1Malaysia Development Berhad.

Investigations linked to the fund had been opened in at least six nations but Mr Najib was cleared of wrongdoing in Malaysia in 2016 by the Attorney-General. The Attorney-General was asked to go on leave after Dr Mahathir took office.

Dr Mahathir’s Pakatan Harapan coalition had pledged to reopen investigations into state-linked scandals within 100 days of forming the government.

Home Insurance From L&G | Get A Quote From Us Today
Dr Mahathir also said the task of the new administration would be to revive the country and make it respected again throughout the world.

He said it was a challenge to bring back good governance and successful development so that the country was once again recognised as a self-sustaining nation.

"We must be aware that our country is not accorded the respect it once enjoyed. I am very disappointed (now) because at one time we were known as the best administration among the Commonwealth countries as we carried out tasks well and implemented successful programmes and plans.

"But, today, we find that this country is no longer respected, and the administrators are no longer held in high regard," he added. 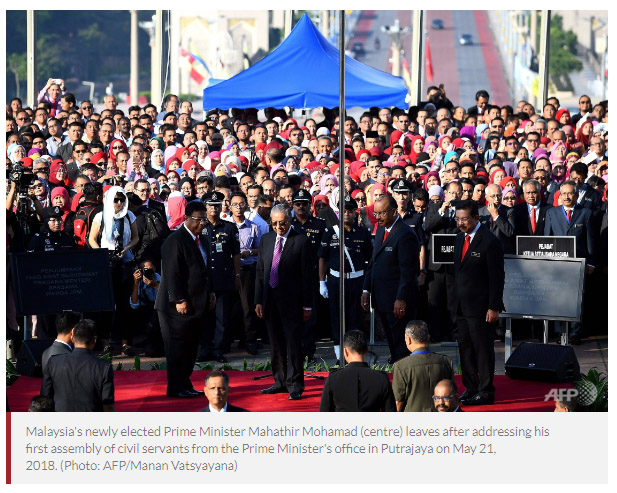 Dr Mahathir also reminded the staff on the separation of powers in a democratic system, namely the Executive, Legislative and Judiciary, as a form of “check and balance” to restore the country's honour.

"This separation (of powers) is very important. If there is no check and balance, it will lead to undesirable consequences which cannot be reprimanded, prevented or objected to. This is what we have to remember. Administrators are the people with the will to carry out tasks to develop the country.

The prime minister added that if the separation of powers did not exist, one branch would end up dominating the other two and would resort to doing things contrary to the laws.