Edit
SURABAYA: It was still dark when 16-year-old Firman Halim performed his dawn prayers at a mosque near his home in the leafy, middle-class suburb of Rungkut, Surabaya, Indonesia’s second largest city.

The bright, happy child was a favourite of the housing complex security guard, 46-year-old Hery, who regarded Firman as his “little brother.”

But last Sunday (May 13), something was amiss.

The familiar smile was missing. Instead, the teenager was crying. His father, Dita Oepriarto, 46, stroked his head and patted his shoulders but he kept on crying.

Hery had come to the mosque to pray before he started his morning shift and he sat close to them. In the stillness of dawn, Hery, overheard his father whispering “be patient, be sincere” but the teenager could not be consoled. He continued crying. 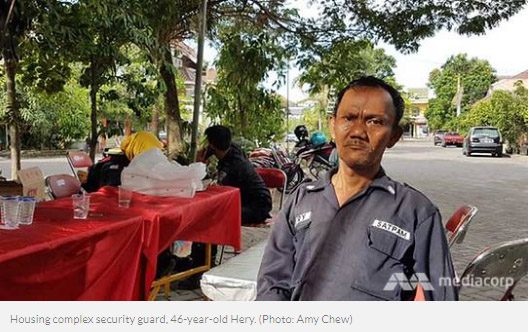 “I wanted to ask his father what was the matter but I stopped myself, as I didn’t want to be seen as interfering in people’s affairs,” said Hery.

When the prayers ended, Firman, his father and older brother, Yusof Fadhil, 18, got up to make their way home.

At that point, Firman saw his friend and for the first time, he neither acknowledged nor smiled at Hery.

Firman later climbed onto the back of a motorcycle and his older brother Yusof drove towards the Santa Maria Catholic church.

At the entrance, a churchgoer named Aloysius Bayu tried to stop them. A loud blast went off  at 7.30am local time.

The two brothers, Aloysius and five other church members were killed.

Five minutes later, their father drove a bomb-laden car to the Surabaya Centre Pentecostal Church at 7.35am local time and detonated explosives.

Shortly after that, his wife, Puji Kuswati, 42 and her two daughters, Fadhila Sari, 12 and Famela Rizqita, nine, carried out a bomb attack on Diponegoro Indonesian Christian Church.

Within 10 minutes, the entire family of six were dead. The suicide bombings at three churches killed 13 people and wounded another 41. 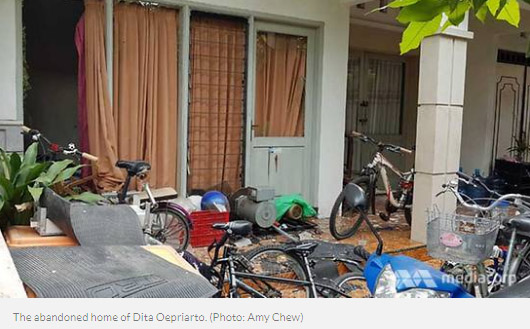 HE DID NOT WANT TO DIE A SUICIDE BOMBER: FIRMAN’S FRIEND

Back at his home, Fery heard the news. He was stunned. He immediately thought he understood why Firman was crying – he did not  want to die.

“I feel, I believe, he didn’t want to do it (die as a suicide bomber). This is not right, to drag children into this,” said Hery, falling silent as he put his head down.

The day ended, but not the terror.

Later that night at 9.20pm local time, a bomb assembled by Anton Febrianto exploded prematurely in his home in Sidoarjo, just outside of Surabaya.

On May 14, a family of five, riding on two separate motorcycles, attacked a police station in Surabaya, killing four members of the family. An eight-year-old child survived.

All three families knew each other, according to Indonesian police chief Tito Karnavian.

Indonesian police said Dita was the head of the Surabaya branch of the pro-Islamic State (IS) Jamaah Ansharut Daulah (JAD).

JAD was founded by Aman Abdurrahman, 46, who is Indonesia’s foremost IS ideologue. He is currently on trial for his role in the 2016 Thamrin terror attack in Jakarta.

The horror of two families dying as suicide bombers raises the question - how Dita came to be radicalised to a twisted point that he was willing to lead his four children to death?

A senior counter-terrorism official told Channel NewsAsia that Dita was an avid follower of Aman Abdurrahman.

“He visited Aman several times in prison and has long followed his sermons,” said the official.

When asked where did Dita get the idea to turn his children into suicide bombers, the official said: “We don’t know yet but they (Dita and his friends) very often watched suicide bombings carried out by children."

The official added: “As the leader of JAD Surabaya, Dita could have influenced the other two families."

While Indonesian police chief Tito has officially said that Dita and his family did not go to Syria, the actual situation is far more complicated.

“We can’t really tell whether he (Dita) went to Syria or not as we have experienced instances where someone went to Syria and slipped back home undetected,” a security source told Channel NewsAsia.

Official figures show there are 1,200 returnees from Syria and many of them are not detained owing to the weakness in Indonesia’s anti-terrorism law 15/2003 which does not cover terror acts committed outside of Indonesia.

"Officially, the figure shows 1,200 returnees from Syria. But unofficially, it numbers at least 2,000 or more,” the source said.

"This is a dilemma facing the country."

FAMILY OF SUICIDE BOMBERS THE FIRST OF ITS KIND

“This family of suicide bombings can be copied by others not only in Indonesia but the rest of the world,” said the senior counter-terrorism official.

“I don’t mean to be an alarmist but this (family suicide bombings) is very dangerous to the whole of Southeast Asia and the world.

“We are seeing a community that is fine with killing their own kids,” said Huda, who is also a documentary film-maker.

According to Huda, children aged 13 have little understanding on what’s going on while those aged above 13 have the ability to comprehend.

“Having said that, in a patriarchal society like Indonesia, it is very difficult for a child to escape a father's influence. These children were very helpless,” said Huda.

“In this case, it is very clear the father, Dita, is very radical and his wife was influenced by him to go along with him with his suicide bombings. This makes the child very helpless as there is no one to protect them,” said Huda. 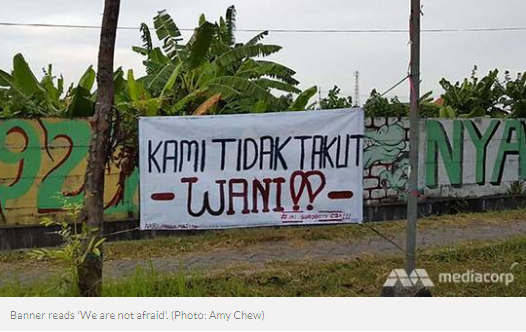 BOMBED OUT CHURCH CALLS FOR FORGIVENESS

On Thursday, five days after the blast at Saint Maria Catholic church. The acrid smell of burnt flesh still hung in the air even as life returned to the church and the street that bore witness to the grisly attack.

“They (teenaged suicide brothers) are victims too. I am not angry,” said Father Kurdo.

Father Kurdo exhorted his congregation to forgive the perpetrators.

“Forgive the perpetrators ... they are also victims. We need to forgive in order to rebuild a new life. Forgiveness is also the cornerstone of the Catholic faith,” he said.

All around the city, banners saying “We are not afraid” flutters in the air in a show of solidarity.

Yet taxi drivers were complaining the number of passengers they picked up had fallen since the bombings.

“The malls are empty. There are very few people coming out hence the roads are not as jammed as usual. I am really angry and sad at the same time,” said taxi driver Agus before driving into the night.